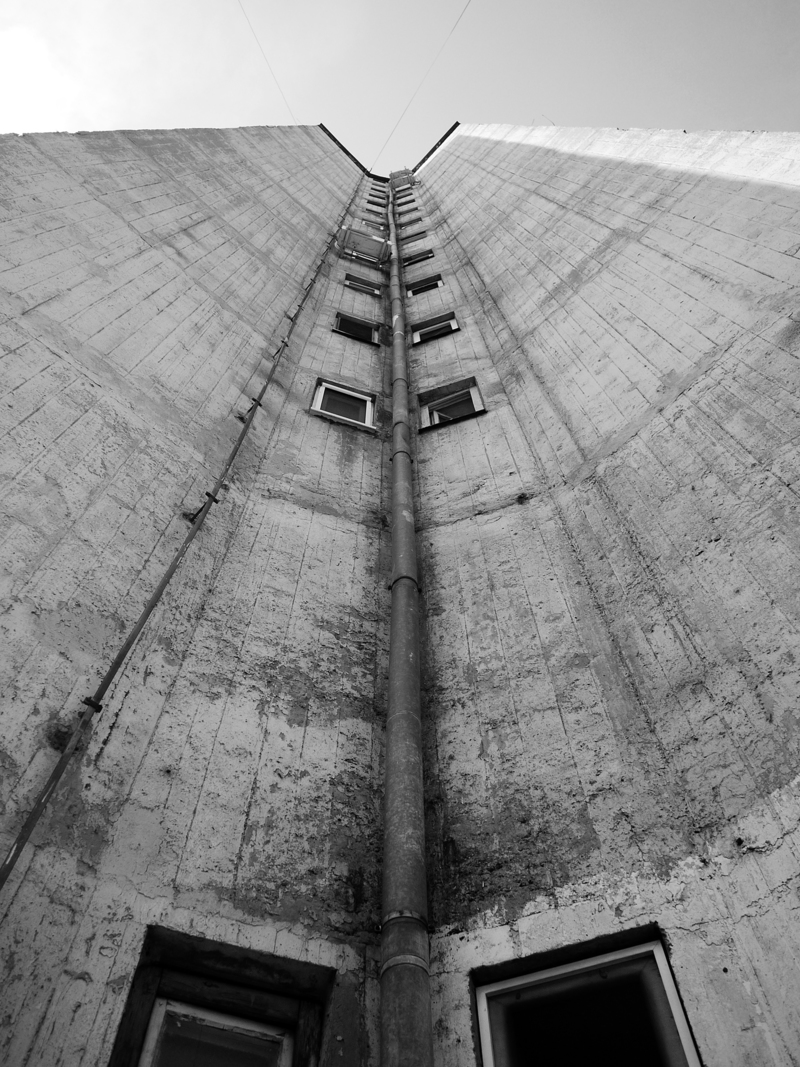 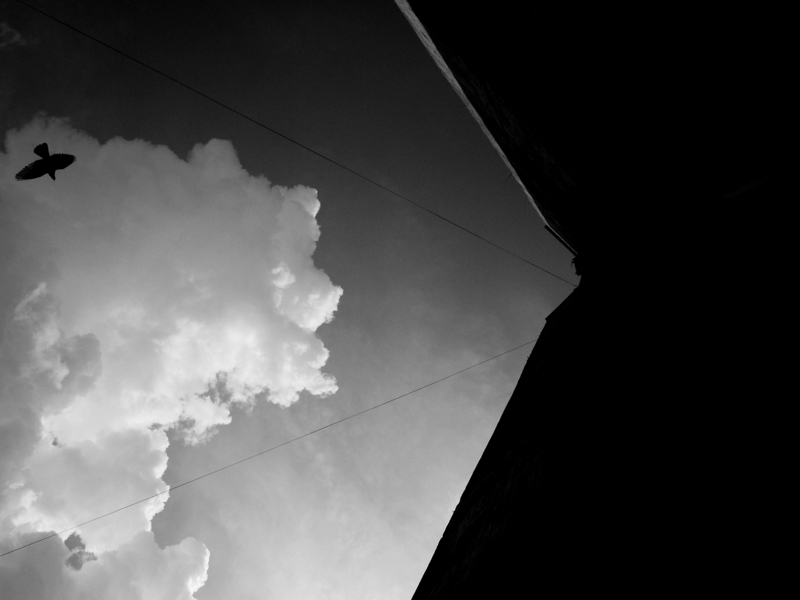 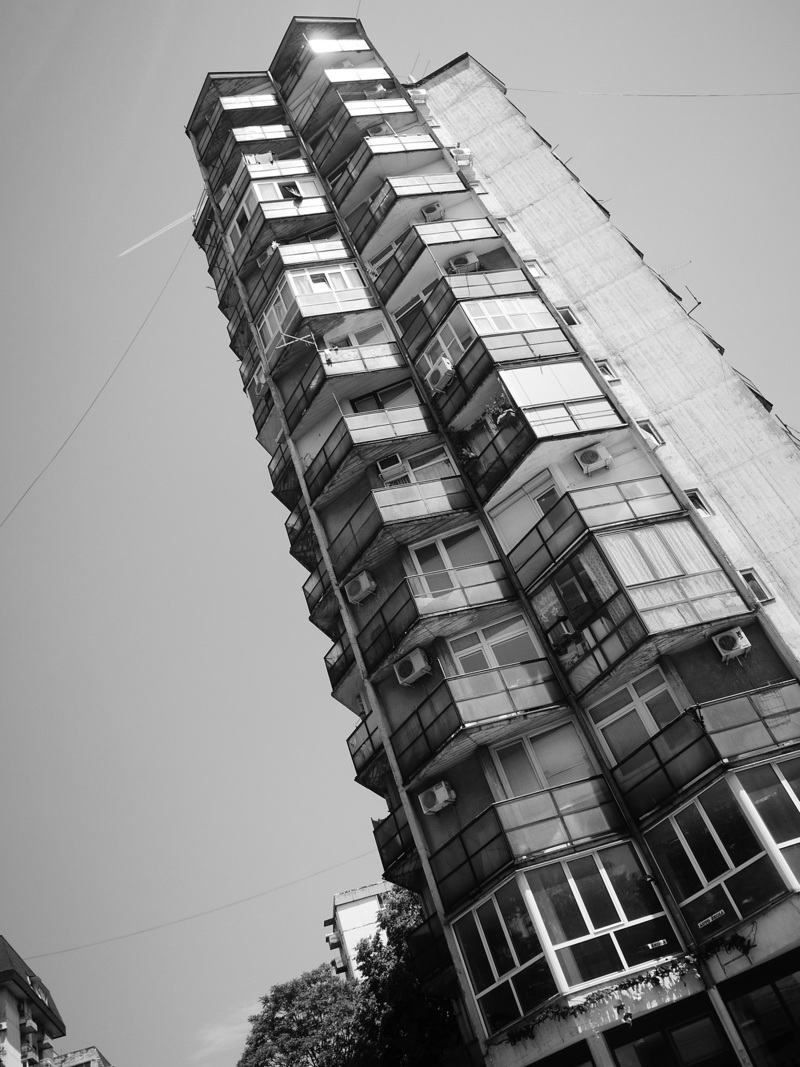 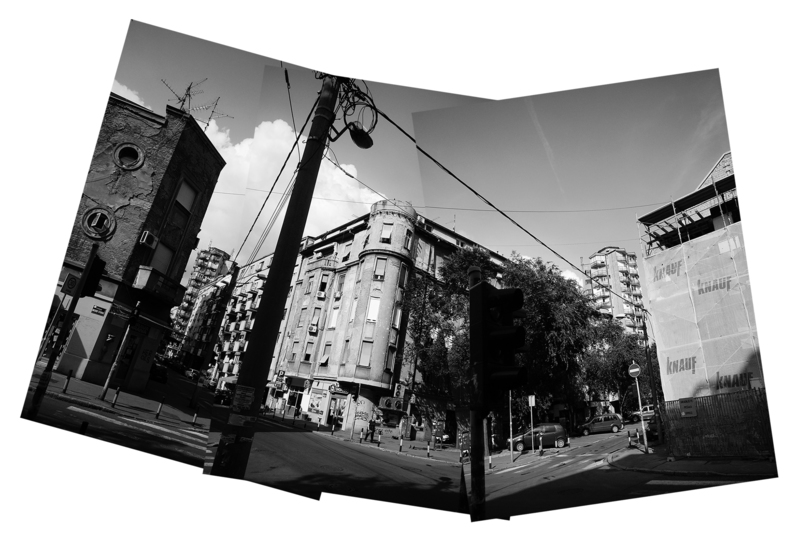 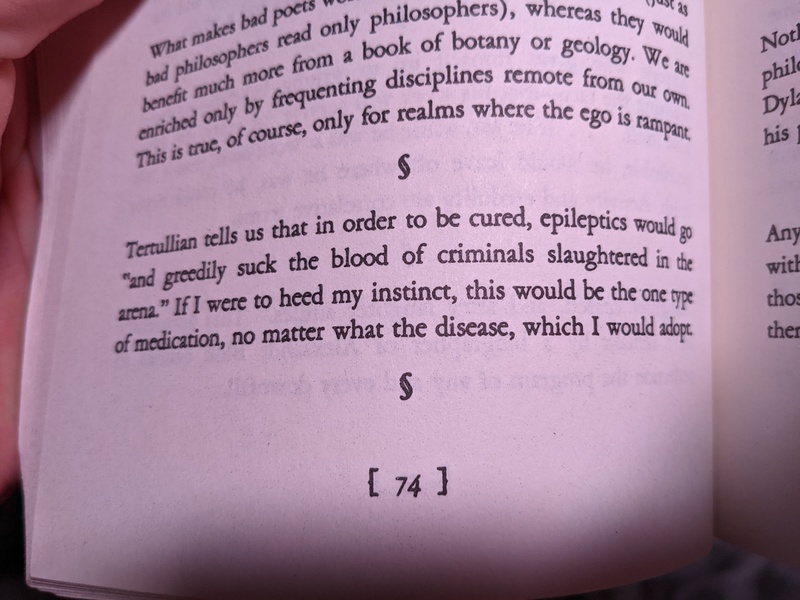 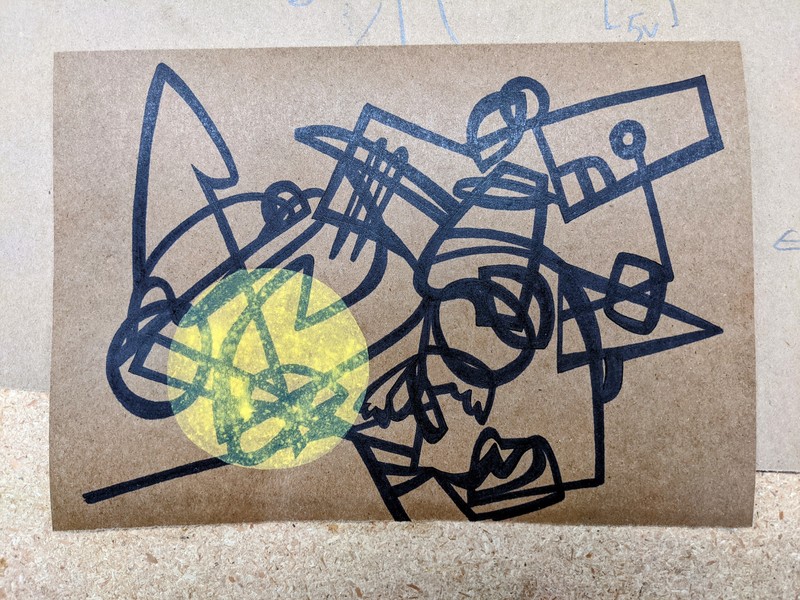 There’s a piece about getting older where everyone seems to get a bit further away. Their lives become more dense and who they are as a person also takes on a more facetted quality; stories that they tell, that I used to only take as lighthouses of past experiences, now become a throbbing electrical pulse in the present. We are all kites crashed in windstorms, string tangled around a 1000 trees.

And there’s this piece to me that pushes back against this thought, because I want to be someone that thinks we are all close to those we love. But I think that in some ways, love that is strongest is love that is aware of distance. This, of course, comes off as a little self congratulatory as I am married to someone who lives 3000 miles away (it may be more… probably not less), but I think this is just a coincidence of external circumstances coming into line with an internal state, much like two cars at a stoplight who have a blinker that enjoy the same downbeat, periodically.

Although I love being congratulated, love at a distance doesn’t refer to something long-distance itself, but instead refers to love that is aware of the space between the people involved. I’ve always said that love is the absolute measure between two people, a unit-less number like a ratio, and I think some of the pleasure of how we love people is knowing that we can love equally or more people that are emotionally or physically far away.

I think understanding that we can see how far we are from being the same as someone, but love them closer than anyone before, speaks to the way we can find satisfaction in the abyss between individuals: the divide that guarantees I don’t wake up some day and think I am someone that I’m close to.  I think the problem is that we sometimes think of the abyss as a void full of nothing. But I think the abyss is maybe a space filled with too much.

In complexity sciences most interesting behavior is created on the edge of chaotic systems evolving from order: the point of intrigue is the moment before things shatter apart or coalesce around a single thought. It’s like throwing a memory of childhood towards the sky and zooming in right as it reaches the moment where its direction is neither up or down.

I was riding my bike along the LA river yesterday and the wind pulled its skirt up right near my face with pollens from desert plants pulling me into songs of sex and bloom. It was an affront, but made my teeth sew a sweater of the scene; something tangled in memory and craft; smile gnashing at all around. On the return trip the wind was still pushing hot against me, and I couldn’t help but think the wind had taken its directional queues from the ever pervasive LA traffic.

I thought of the place in the middle of the river where the two streams whooshed past each other. This quiet place where the winds skirt went back around her waist, and the pollen all sat quiet in the front row as the last song was just played. Stage empty of ghostly instruments.

As lights dimmed across an incredible divide a deep bass resonated through us all. 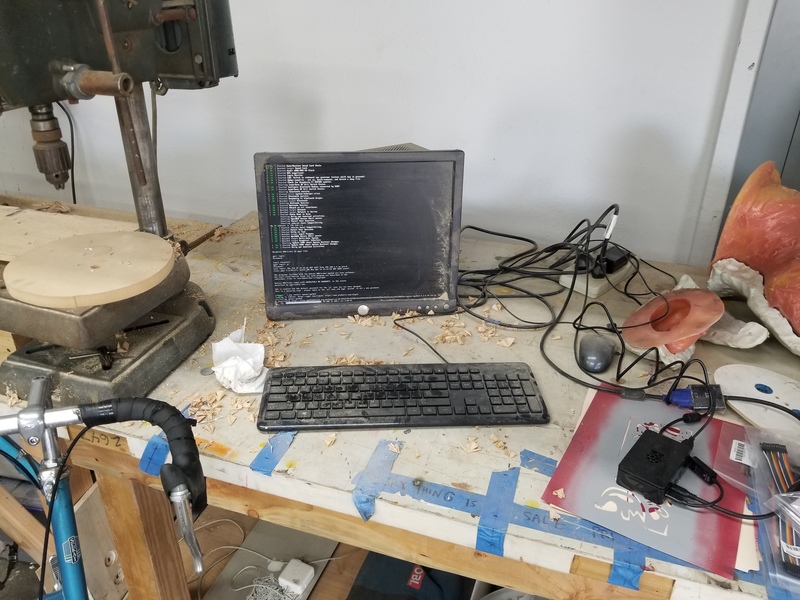 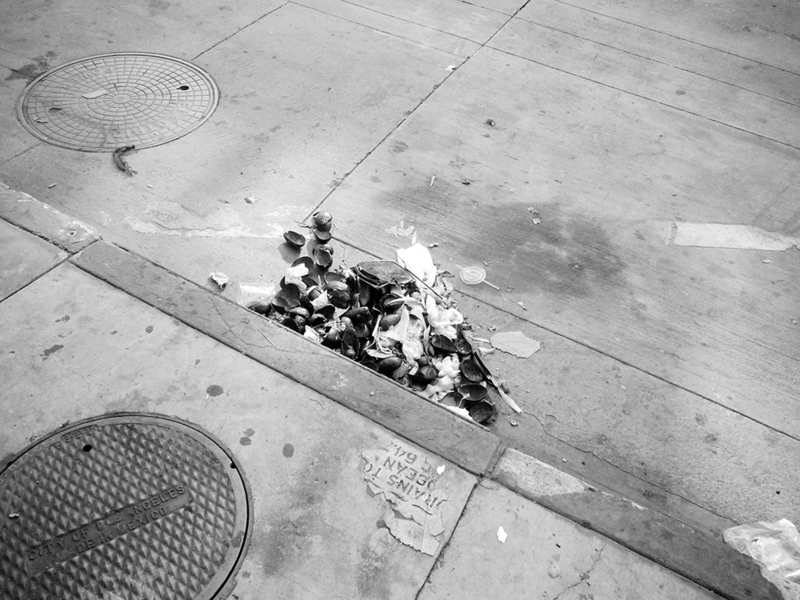 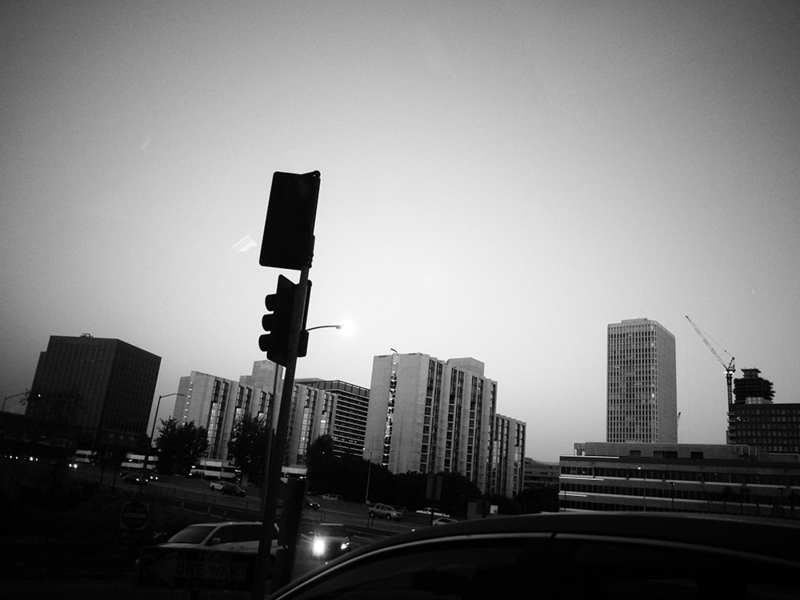 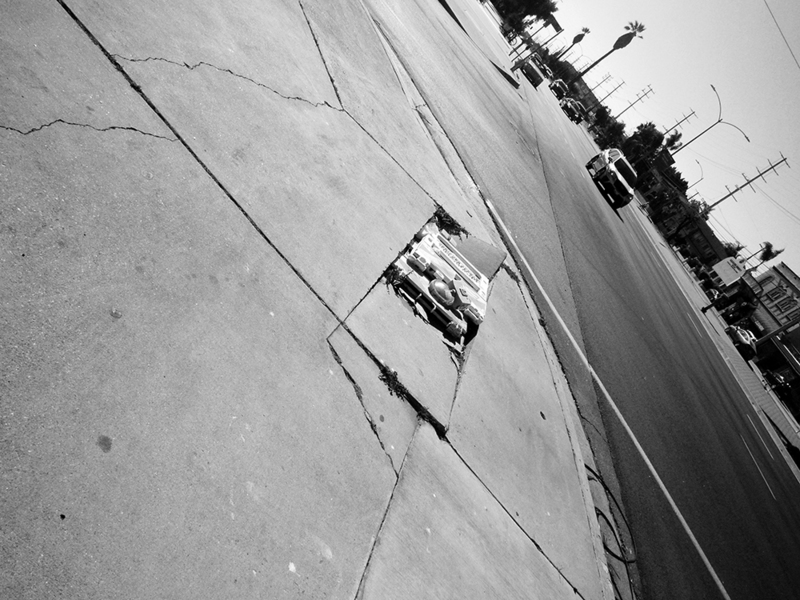 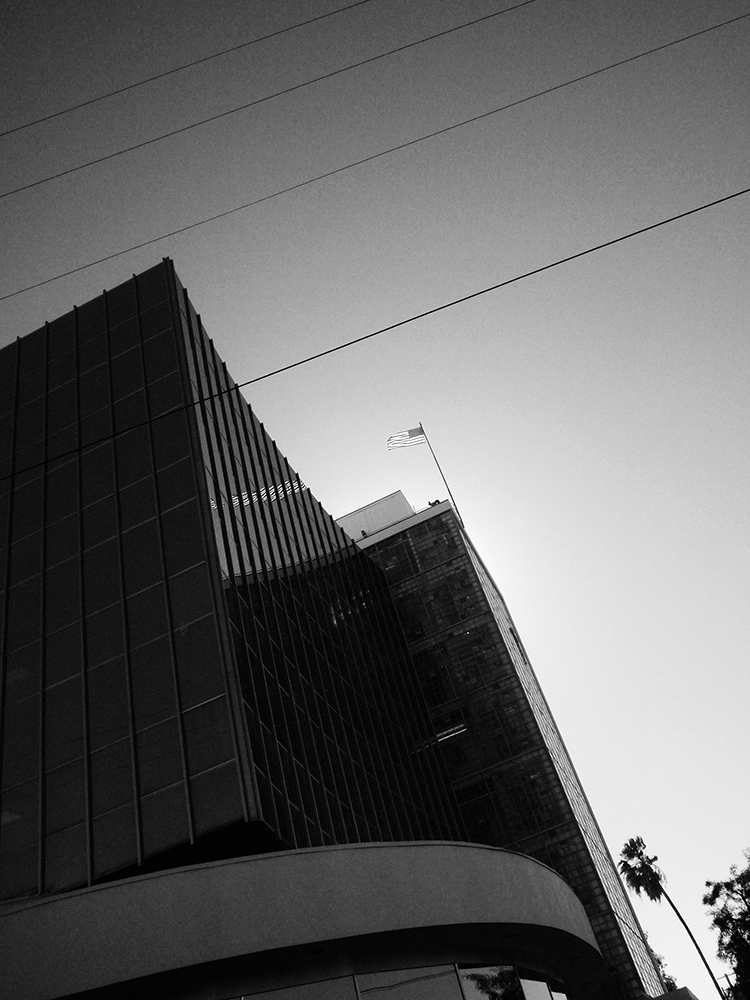 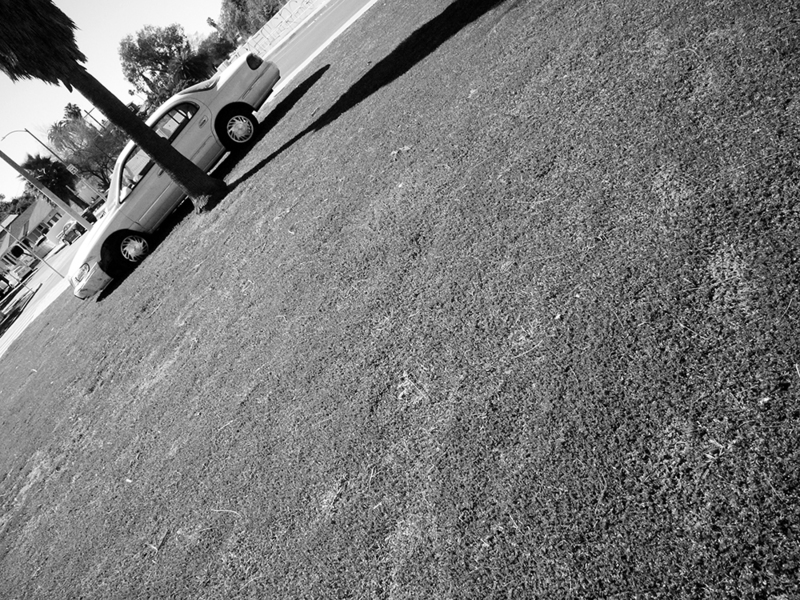 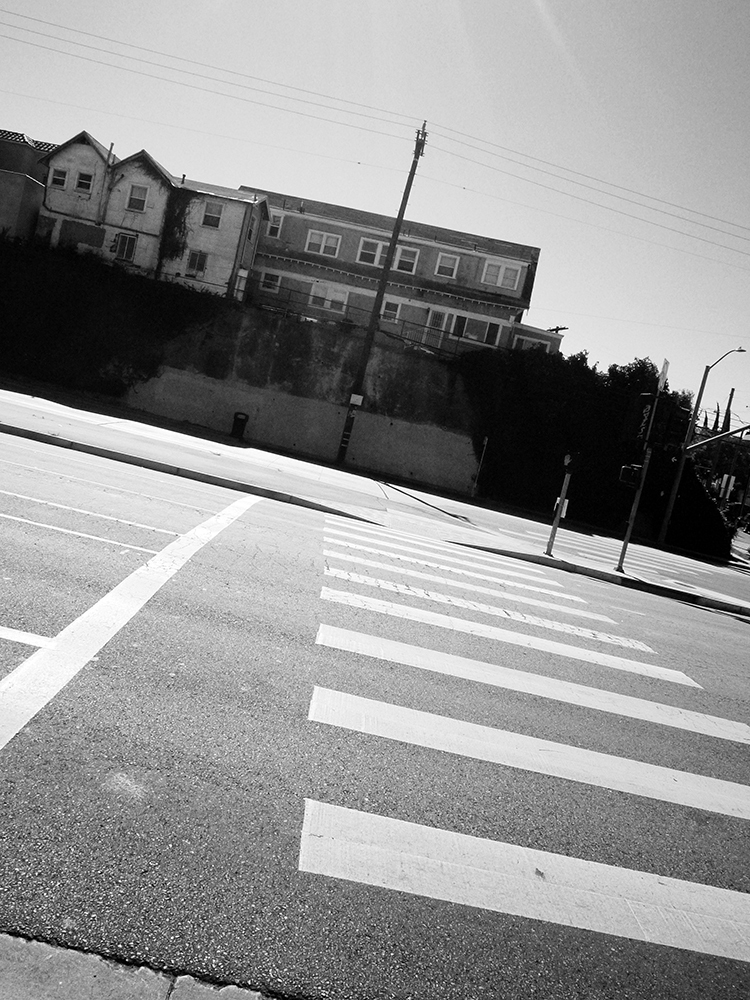 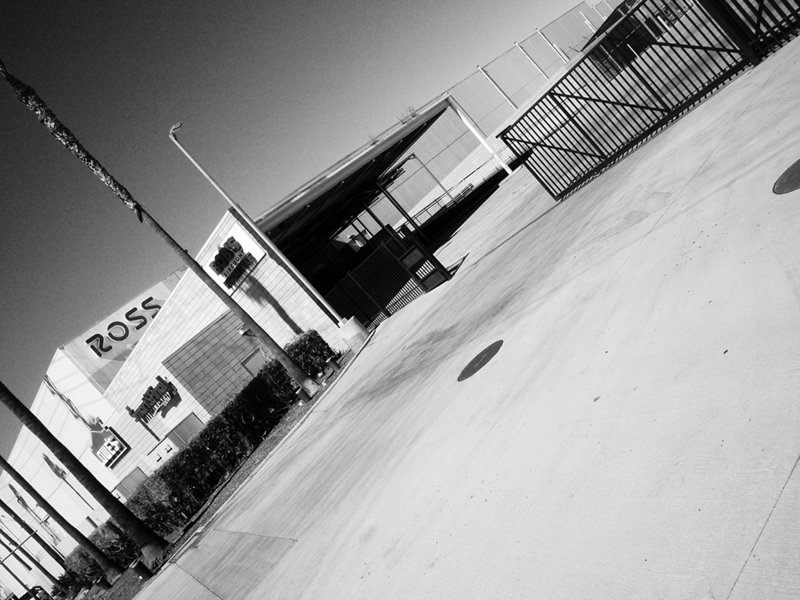 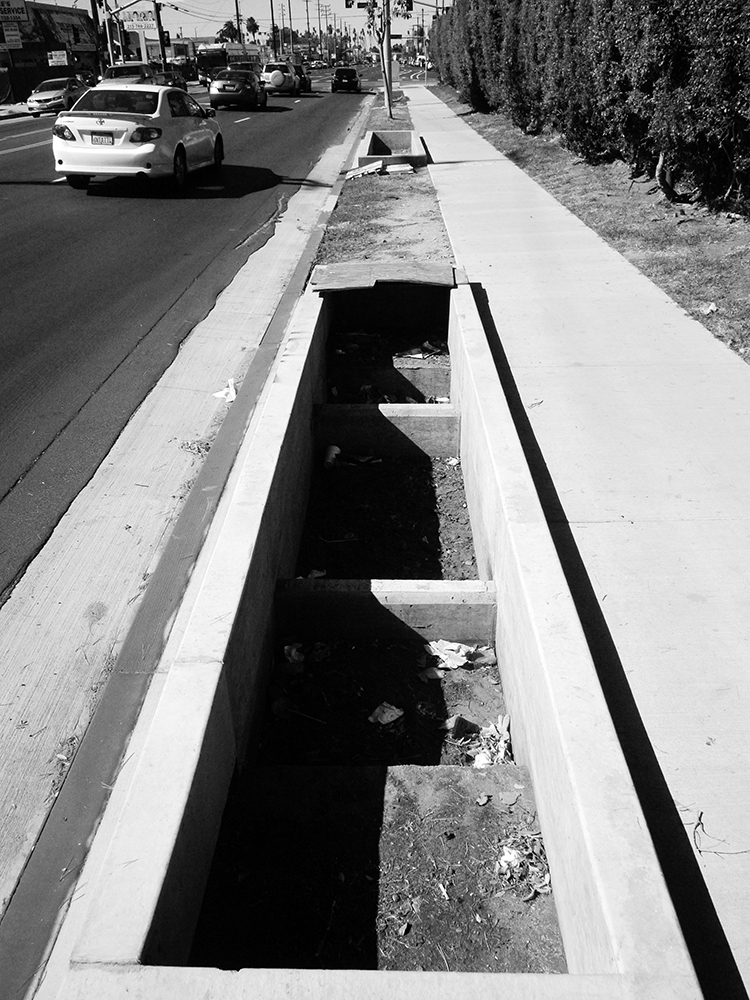 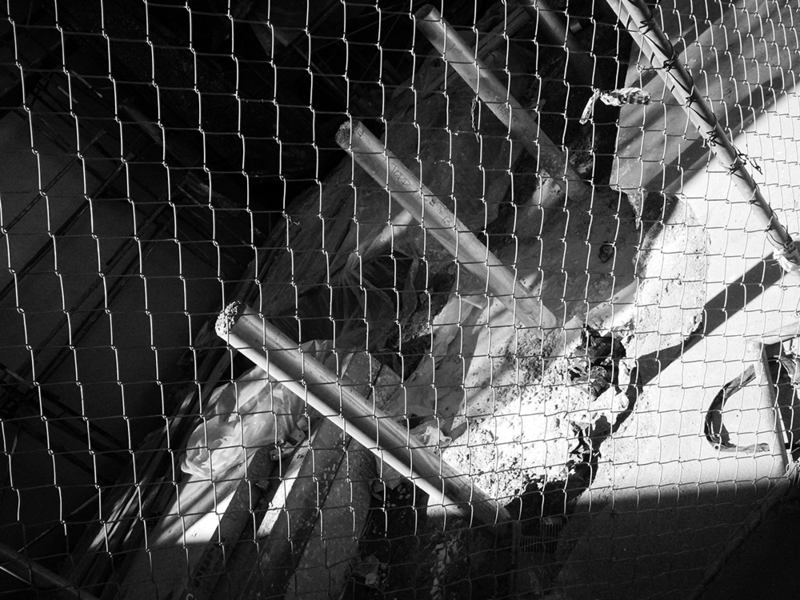 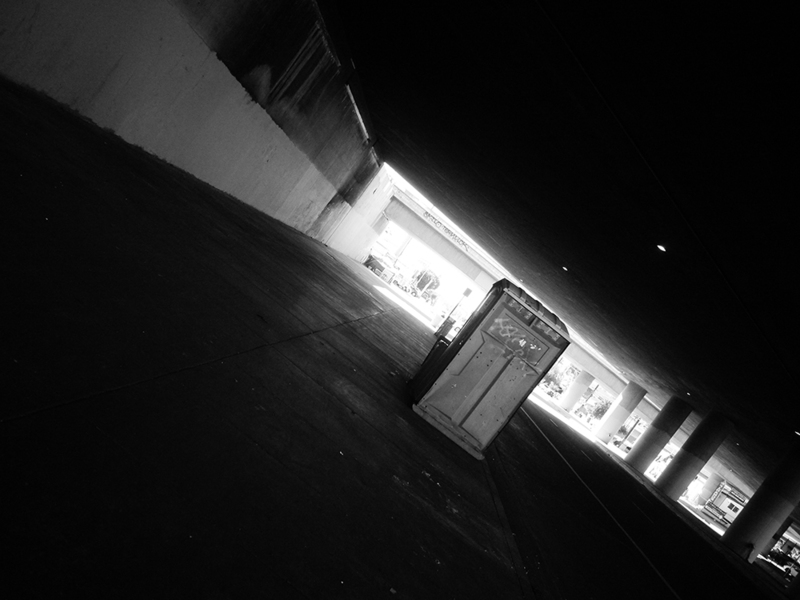 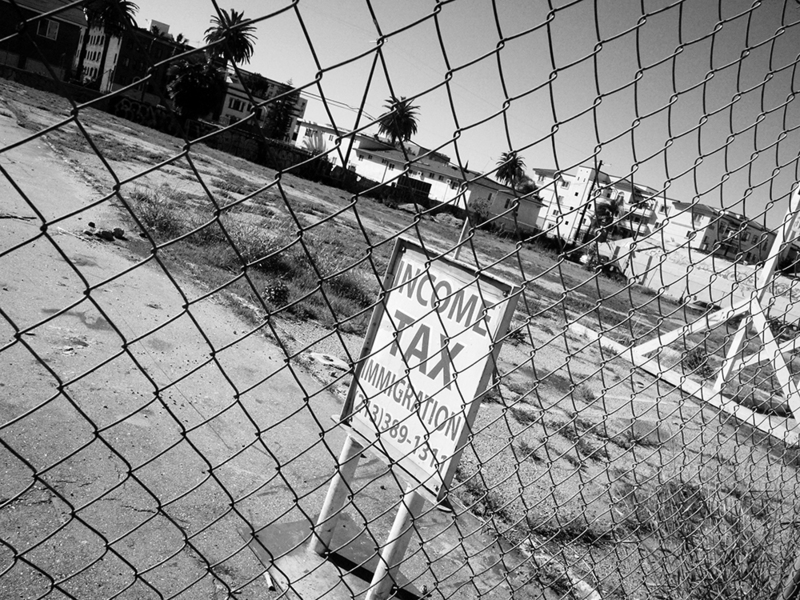 I was just at Whole Foods getting some groceries. It’s been a week of middle distance gazing and a bit of crisis around who I am and what I am doing. I sometimes think 25% of art is this crisis, which is maybe more readily described as trying to understand the relationship between purpose and meaning.

I wandered the whole length of Whole Foods once without really taking in what I was supposed to be doing, which meant, like a typewriter, I had to fling the return back to the beginning and start my traverse all over again; the Whole Foods as blank white paper with the partially dressed LA glamorous hiding in the margins.

In moments like this the sights of the world can feel a bit like tennis balls bounced off a practice wall during overly hot summer days.

My current condition made me think a lot of a movie I had just watched, Another Round. The premise of the movie is that a group of friends decide they are going to spend the day partially drunk in an attempt to prove whether human beings are meant to operate with a constant, slight elevated BAC.

What was interesting about the movie is that the protagonist, played by Mads Mikkelsen (who on recently hearing his name from a friend declared, “How’d you come up with THAT name?!?” as if it was fictional), comes to this experiment in a moment of unoriginality in his own life: his relationship and career are steady, but steady in that way that stagnant water in unkept parking garages is also steady; he is lonely and slightly used feeling: a penny abandoned on a highway, still currency but battered and with no sheen.

The movie reveals the exuberance that drinking brings back into his life as well as the downfall that comes with the eventual excess. But neither the upswing or downswing is total. It is jittery and unfinished, bouncing between the good and bad without showing moral certainty; a bouncy ball down attic steps, but ending up always in the attic. What I loved about the movie is that it put a vice (alcohol) in relationship to the constrictions we create in our own life. The vessels that we hold ourselves — relationships, career, spirituality — can be filled with the infinite or can be filled with a poison that will sink us.

Much like a wine glass the containers of our lives can bring joy or destruction depending on how they are utilized and what practices we make around them. The movie made me think about how much we condemn vice while never looking at the more broad cultural constructs that lead us to them.

In a way, containers (ones of vice or culture) can be mechanisms to view the totality of something: something that tears us from our multitude to see only a single vision. “I believe in X so this means I am Y”. But instead an infinite can be seen in any container. Much like Henri Bergson or the like talk about a number being made of a unit of measure, where the number is this multiplicity as well as the object itself, the way we decide the units of our containers, change the density and countability of those containers. One hundred can be made of a hundred singles or one hundred can really be two hundred made of what we think of as halves.

Carl Jung said, “A decisive question for man is: is he related to something infinite or not?”.

I think in days like today, where a pandemic draws a box around my experience, I feel a certain dryness in the last years of my creative practice, and my friends (and wife) are cast at distances which now are harder to travel, it is easy to loose the ability to see the infinite. The imagination seems to be at a place where it actively discounts the parts of life that give it a multiplicity; or maybe fixates on what is missing. I think William Blake had something to say about this in relationship to his idea of Ulro.

I once dated a woman with a heavy french accent (a great tongue twister for a heavy french accent, “Terry Richardson lives in a wardrobe”) who wrote me a long email about the pain of living in a world that had, among other things, Nazis and social security numbers. I think she was maybe talking about boxes of different types; containers. And I still look to her with inspiration for the fearlessness that became her box, so tightly wrapped around her, as she flung conventions to the way side, pounding on the doors with those eye slit openings and used ammonia not to clean her studio but cook crack.

We need to be aware of our countable containers. We need to find ways to see their edges. And then step half the distance and half that and half that… and finally just see the infinite steps.

As I finish my second pass in Whole Foods, a woman in fashionable layers, with skin and thin fabric on a date to some desert rave, walks a small dog through the canned goods aisle and I watch it sniff and pee a little on a can of beans.

I buy some anchovies and pasta and head back home. 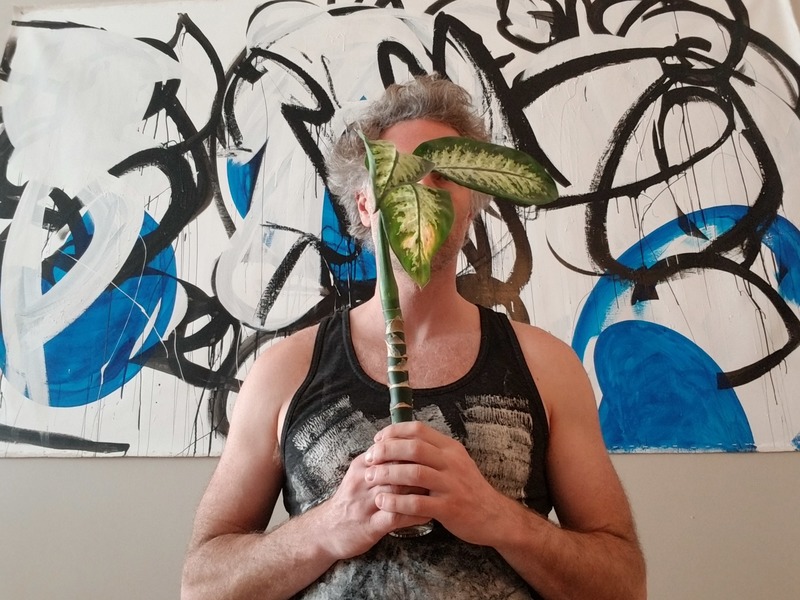 Today I was driving behind a truck that was dragging a large metal beam on a chain. The beam was bouncing all over the peaks and valleys that are south LA roads. A single spark flew off towards the sidewalk screaming at the top of its lungs, echoing the conversation of two old carbon atoms sitting around a pit of ice and talking about when they were kids.

But the spark also whispered something about prairies and homesteading.

Another two sparks jumped off at a particularly high frequency wave of concrete. They shouted about the life that they heard about in the city. With no protection, they shared an electron.

It was hard to hear their voices over the clatter of the beam.