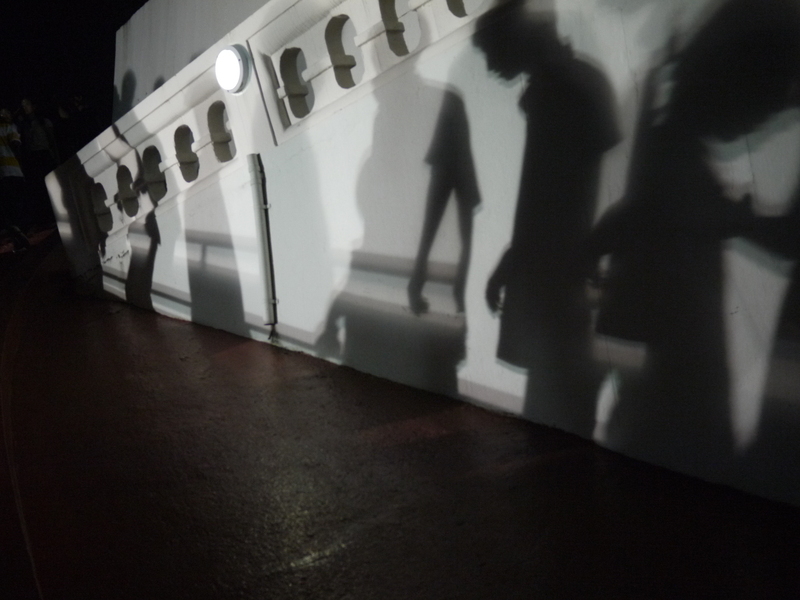 Persepctive is built from a collection of data. Points of light, previous observations, wants, assumptions; it's a finite set, though. A few things in this lobe of the brain, a few others in that. And from this place we can turn around and think about how we would rather perceive our environment. We can think about how it would be interesting if ones perspective where forced to see things in a slightly different way. We have names for these people: artists, philosophers, mathemticians, architects, etc. People who at their core are meant to alter perspective. (Which I guess could cause a long parenthetical about how the alteration of perspective are moments of being drawn closer to Truth). What I've been hung up on is how a shift of perspective can be thought of as analgous to altering elements of a data set. A pinch more fear, adding a color receptor (which I guess is already something that's in 15% of the female population?... quadchromatic eyeballs or something), taking away a spacial dimension. In other words altering elements, removing elements, or adding elements. Say you bounce around altering your data set. Hacking away, forcing changes in perspective. What eventually happens with the set you started with? All that you once saw is now a shadow of itself; the elements (or maybe they can be thought of like vectors) required to add up to a specific perspective are gone. This leads to the question: How do we create shortcuts for others to end up with our dataset? I think this is what cultural objects are for. Little decoder rings for a data set.
++ PORTFOLIO ++