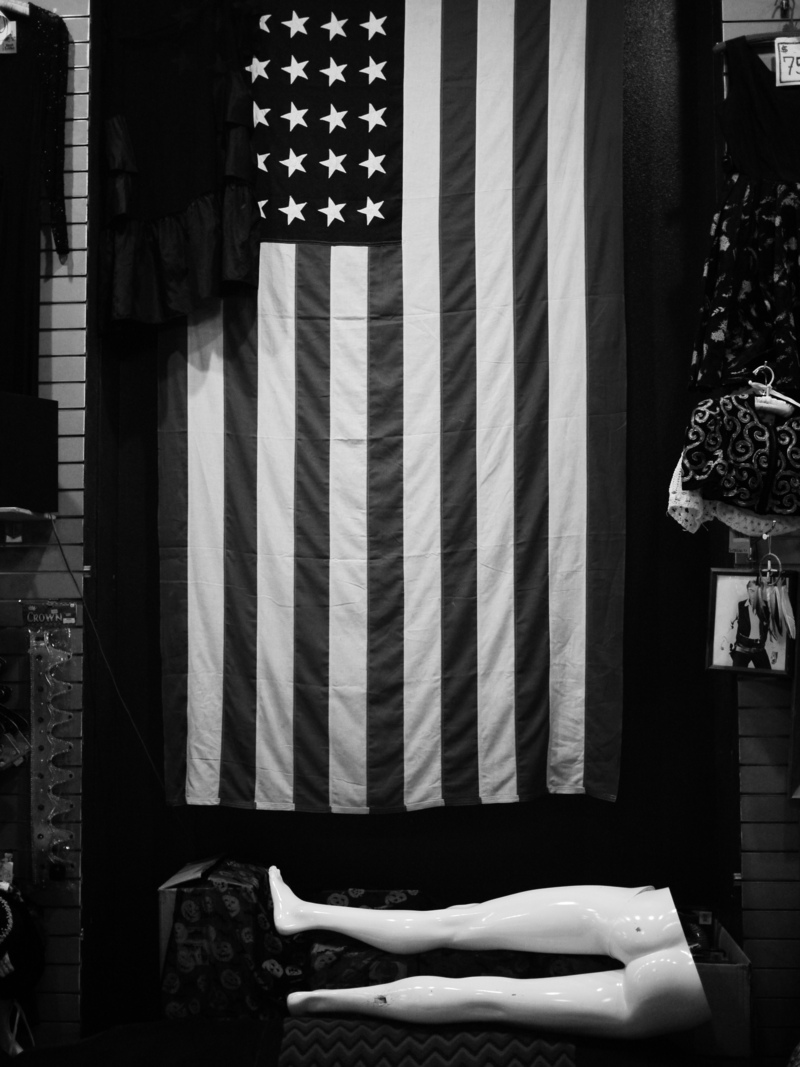 Karen taught violin and cello lessons on Mondays and Wednesdays. On Sundays, though, she filed her teeth in front of an old parlor mirror she bought at a neighbor’s garage sale.

The day she bought it she was on her way to the farmers market to buy vegetables in order to make a stew a woman in her book club had told her about. She was lost in thought thinking about the preparation of the meal and noticed the mirror, with its silver backing peeling at the edges. It was propped against an old rocking horse, looking like it was wearing a pair of garden shoes that lay in the grass near its bottom edge.

When she first brought it home she had looked at it for a long time before she noticed herself reflected in it. Time had passed in drowsy ticks as she peered at the silver cracks that reminded her of when she was a girl and threw rocks out onto the frozen lake behind her aunt’s house. She peered into these cracks that were a stranger’s face, until that stranger held just enough of her so that all of her childhood -- and those cracks too -- raced off into the place of our brain where we keep ideas that have faded into one cloudless late afternoon light. A place that is warm water in a smooth glaciated cave.

The first time she took a file to her teeth, was about a week after she bought the mirror. She had been working on her nails in a wooden chair near a simple table in her living room. A reflection of herself spilled into her peripheral vision: the mirror, still leaning where she had placed it the day before, had this image of her like a rounded stone sitting alone on a sandy beach. Water was nowhere to be found, but you could hear this lapping of shallow pools with a gentle tide flowing near them. She looked at herself, legs bent perfectly square at the knees, her one hand delicately holding the other, and she took the file and tapped, then stroked it along the bottom edge of one of her front teeth.

Every Sunday as she sharpened her teeth, she would think of an exercise she would undertake if she were ever to find herself swimming in the dark, in a cave made of stone. She would slide the file along her teeth and think of taking small pebbles and letting them drop from her hands into the water around herself. She would gently lay the side of her head into the water, one ear submerged, and she would listen carefully for the tapping of the stones as they hit the world below her.