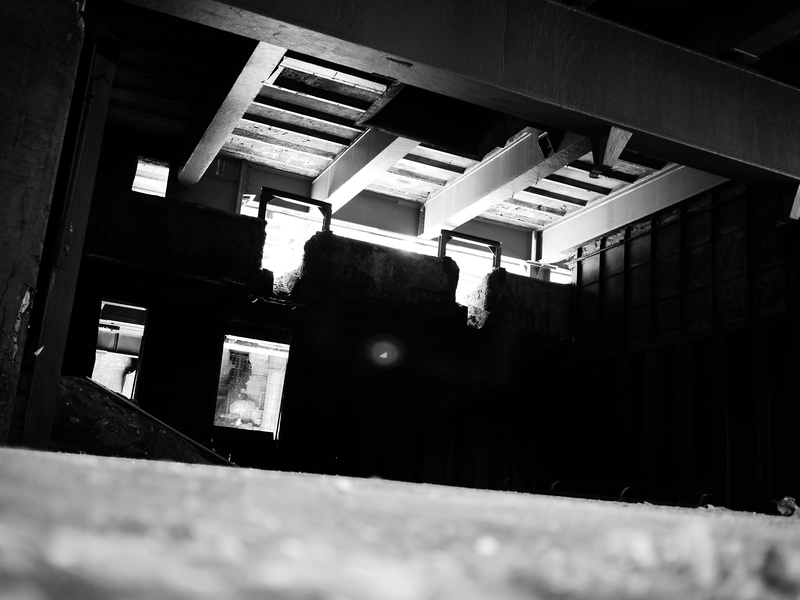 Mario lived in an apartment that he entered through an old stairwell that exited onto the street near a hole-in-the-wall Thai restaurant. He wasn’t so much into Thai food, but on Wednesdays he’d buy the first three appetizers on the menu and take them home. He'd carry the bundle up the stairs, walk into the kitchen, open the window and empty the togo boxes into the alley that ran behind the apartment building.
He was on the second floor so there was a small pause before he heard the food make a pleasant sound on the concrete, like kids running through rain puddles. Mario would unpack the included chopsticks, break them apart, place one on a growing pile on the table, and take the remaining stick and tap lightly on the window sill.
It didn’t take long for the stray cats to show up and start eating the food. They usually waited for each other, circling the food as if a crime scene was being contained, looking alert as they waited for new arrivals. Once they all showed up — there were usually seven or eight of them — they would all start eating.
Mario would watch from above and tap on the windowsill with his chopstick. When they finished, Mario threw away the one chopstick and would go to bed.
++ PORTFOLIO ++