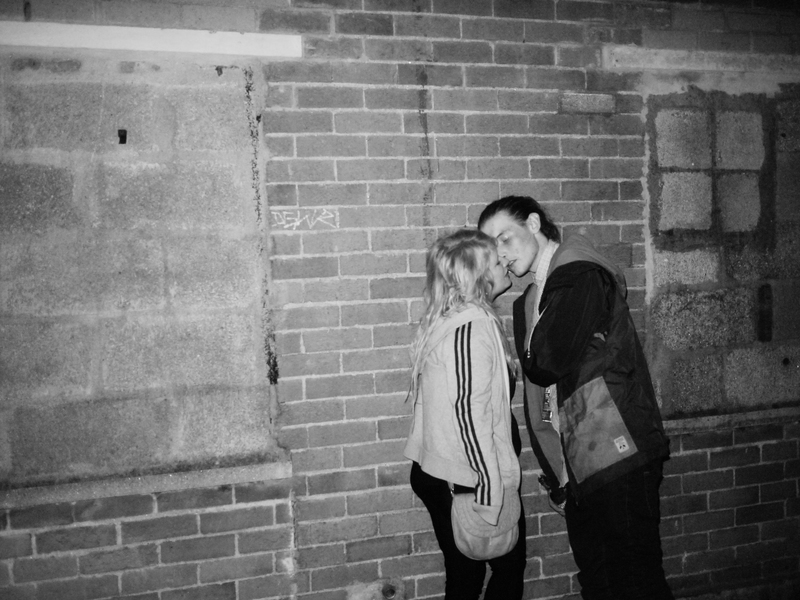 I love how the seating is above general admission, you know?

You’ve paid for a seat to shows? I always just get general admssion.

No, no, no. I just like the layout and how the view is for people up there. Have you ever stood up there? The vantage point it creates onto the stage is incredible.

When was the last time you were there?

Me? I’ve never been. Just seen pictures on my cousin's Facebook.

Grandma Kelly’s hair was so thin you could almost lose it in the sunlight when you were sitting out back with her in the summer. That back bloom of scotch broom gave the air that hazy, drunk quality of childhood memories and it somehow seemed to perfectly match her hair. There was that neighborhood kid, Riley, who would always throw the morning paper dead center in the yard, so in the morning you could watch Grandma Kelly head out like the slowest dart finding its way to a bullseye.

I thought you grew up in Seattle?

Yeah, I did. But my college roommate knew Riley.

I remember that kid, Anthony, from grade school who always used to play down at the public dock after school. He’d reach down around the pilings and grab tube worms to use as bait to catch the little perch that would float around like cartoon animals in the shadows of boats. He’d always come strolling off the dock with bits of seashell pressed into his shirt and creosote in his hair, and the next day he’d show up at school with some lawn mower haircut because of his mom grabbing the chunks of goo and haphazardly cutting them away.

I remember those haircuts. Do you remember running along the beach, with that huge black lab, golden retriever — that sometimes smelled like dead fish — and almost loosing our shoes in that thick black, low-tide mud that smelled almost like sewage?

No, I can’t seem to recall.