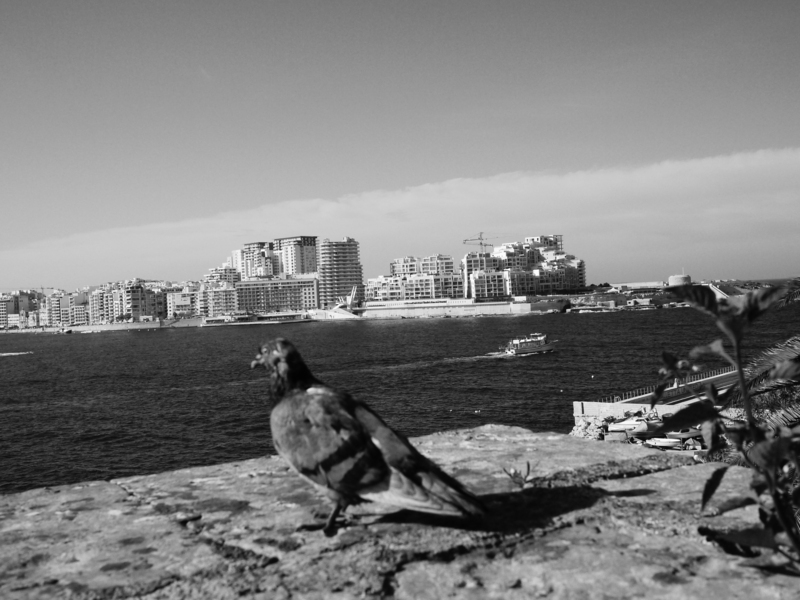 I was walking along a boardwalk in front of a row of fancy restaurants. At the edge of the patio of one of the restaurants, there was a man and woman who sat too straight and frowned too much. They had sour faces and they held their forks like they wanted to break them in two. A seagull flew over head, and dangling from its mouth was a half eaten pigeon. In a delicate rolling motion it flew over their table and dropped the bloody pigeon about a foot from the woman's foot. She gasped and immediately raised her hand and snapped her fingers at a waiter who had witnessed the entire event. The waiter made a disgusted face, shook his head "no", turned, and walked away into the restaurant. The woman's sour face grew, and she jumped up to storm after the waiter.
When she left, the man's face became slack and he looked sad and grew old as he looked down at the pigeon. He set his fork down and continued staring at the dead bird. What had started off making me laugh incredibly hard, suddenly made me feel that this man had very painful thoughts in his head.
He was the pigeon.
++ PORTFOLIO ++