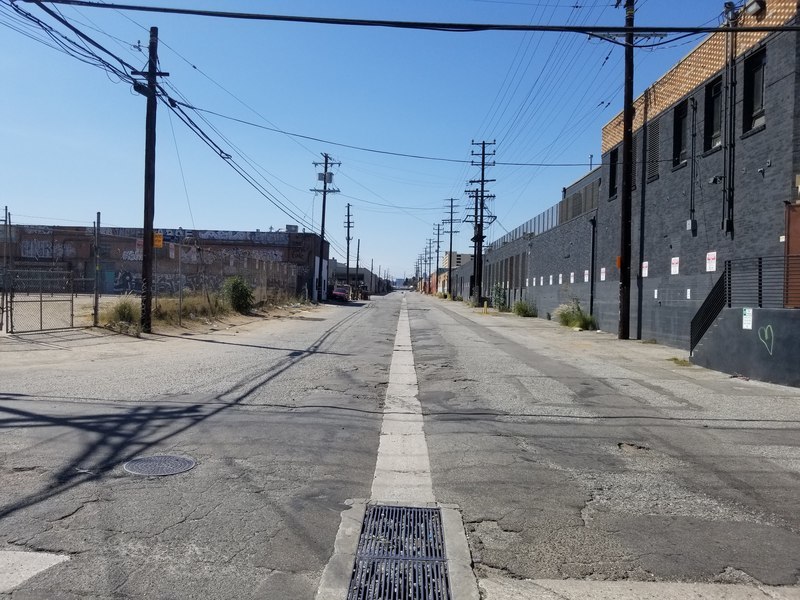 The first time I realized that the math side of my brain was the same as the art side of my brain, I was a sophomore in college. Each side was up to the same tasks, just with different vocabularies. For most of my life, until that moment, I had felt that I needed to pick a side to play with for the day and that making that choice meant I was inherently stunting the development of the other side of my brain. It was a stressful position to be in, until that moment of clarity came along and two things that were square blocks in round holes, suddenly were just the same puzzle piece, and there were no blocks or holes, just a mind at rest.

Stereovision of the mind or something.

In 2015, I ended up at Meet Factory for a stint as their Longest Participating Resident (Hey Piotr! Hey Zuzana!), and it was upon showing up at this place that I made another shift in mind which is that I realized the practice of art and the living of my life were the same thing.

In my time before getting there I had been focused on the narrative that objects tell within confined structures, and was troubled by how I could get at the internal state of an object and its history.

To make headway on this goal meant having a certain fearlessness in the objects themselves, which I guess is sort of the goal of a lot of art: a fearlessness of a certain mode of expression. To create those objects, though, I realized required a fearlessness in me. It required letting go of the constraints in certain parts of a process and allowing myself into feedback with what I was trying to do.

When I was in 5th grade I had a friend, David Heffner, and one day we were going out to water balloon the neighborhood. We didn’t have any water balloons, but did have a bunch of sandwich bags. We started filling sandwich bags and rubber banding them closed (they weren’t zip locks, just the Stuff ’n Fold variety of sandwich bag: like a pair of tights whiteys for a sandwich, where you are stuffing the sandwich through the fly), but I started getting really particular about us having to gather the bags back up and reuse them. After all: they didn’t explode like water balloons, so we should just grab them back and use them again. This, however, takes a lot of the gorilla warfare out of the task, which is the paramount point of the task, so David understandably looked at me like I was crazy and bolted to play with other friends that afternoon.

In that instance: if the goal was to water balloon and all we had was sandwich bags, we should have therefore used sandwich bags. I had failed to take ownership over the desired task to be undertaken and gotten muddled in details outside of my purpose.

With groups of artists in different countries around Europe, I tumbled through art and into the crevices of cities in a way that those cities were not ready for. We bit all hands and flattened mountains, while building skyscrapers from air and our will. There was a certain sense of abandon and being untouchable and I think the feedback with art served its purpose.

But on moving to LA, I realized that I had brought this recklessness with me, into a world that was no longer the same. It wasn’t sleeping on floors in warehouses on the outskirts of Budapest, but instead high rises and skies that always smiled kindly through sun kissed cheeks. And this recklessness no longer served my art, and instead made me feel further from it. My recklessness had become a barrier to the life I loved and the things I liked to make.

You can build a castle for yourself out of anything: recklessness, hate, love and even virtue. You can look down from these castles and chastise and scold others; turn the ability to make statements about "us" to statements about "them". Fearlessness can be a a great castle where at first it is the bridge to any new destination, as you forge ahead with zero inhibition, but then you suddenly realize that your fearlessness is just a set of fences keeping you from seeing the world through new eyes.

When I first got to Meet Factory I met an artist who was one of the most fearless people I have ever met. I think I had a bit of jealousy over their disregard for norms and decorum. I didn’t realize they were just using fearlessness as a knife to remove parts of the world they didn’t have the patience or ability to deal with.

I guess this is all to say that in the feedback of the practice of art and the living of life, it’s important to look up and see if the parts of either have metastasized and taken on lives of their own that no longer serve the other. And I don’t think art is special in this regard, it’s just the thing I use as a translation of my life to see if things still make sense. Like putting “I am happy” through a few different languages in Google translate, before translating back to english, and seeing if I get back the original phrase.

And there’s a lot of other ways to translate my life: friends, family, the love for another.

At the end of the day I just don’t want to build castles. And I don’t want to forget that the ability to fluidly move from one mode of an expression of life to another and see each expression translated easily into all aspects of my life is a good way to stay happy.