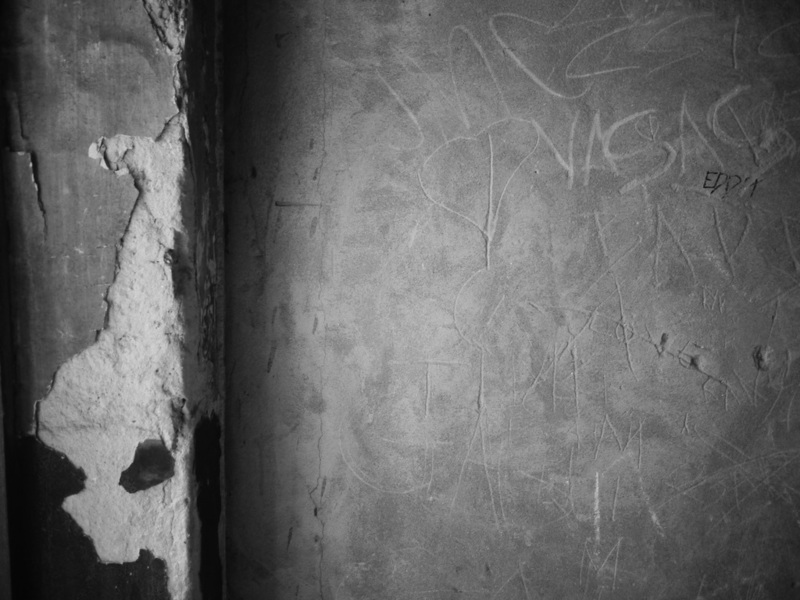 I used to live on this street in Budapest called Nagy Fuvaros. I think the building number was 14, although I can’t really remember what apartment I was in. I know how to get to the apartment — I know WHERE it is — but I do not know its number. I’d push open the enormous wooden front doors to the building — 10 feet tall and wood peeling this way and that, with wings of paint fluttering about — that would lead, in the typical Hungarian style, to an inner courtyard where I’d take the large stone stairs to the second level, each level presenting a walkway around the courtyard so you could always spy on people above and below. To get onto these walkways for each floor required unlocking an iron gate, which used a key that could only be inserted into the stairwell side of the lock. This meant when trying to exit the apartment, I had to use my arm as if it was a goose looking for food on the other side of the gate: craning and bending in order to set the key in its home.  The key was comically old, the tip being a rectangular block of metal cut with various slits. I think they’re maybe called Skeleton Keys? In my head I called it a butterfly key because it seemed winged and somewhat ornamental with no clear purpose. 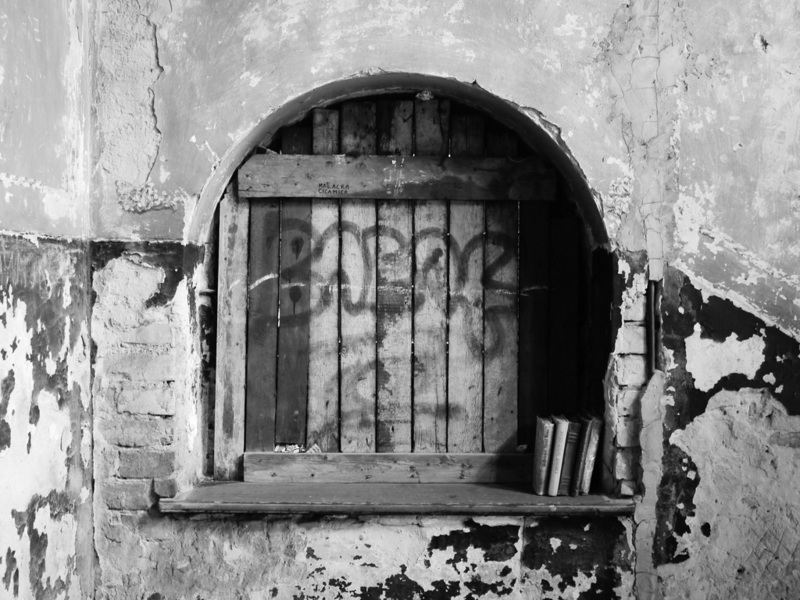 The only thing I could be sure of was that between my apartment door (which to lock, required using a key while inside the apartment), the stairwell gate, and the front door of the apartment, I would die if even the smallest fire broke out within the building. In a panic, the wiggling, hooked arms and finesse required to undue each level of security would be insurmountable. The building was cold, making its stone construction constantly known. There were carvings in the stairwell walls dedicated to Michael Jackson and other more local loves of the teenage variety. Large voids spotted the entire building, both the exterior and interior, where stones (hopefully not load bearing) were missing. 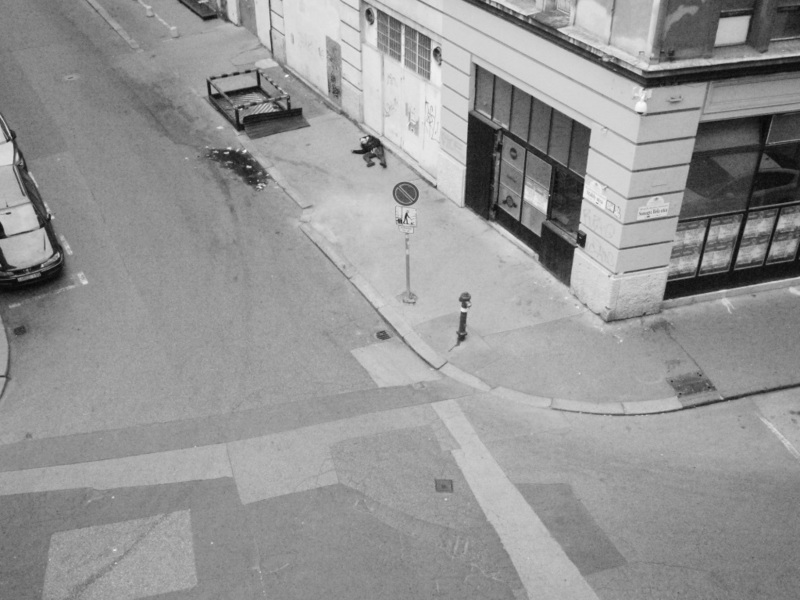 My neighbor was a Serbian man named Robbie. His mother was very ill and his dad was dead. His dad, before dying, had spent their entire life savings on a mechanical massage chair. His mom couldn’t see and now wandered the house alone repeating a couple choice phrases in the loop of dementia. Robbie would tell me about this while we sat in overstuffed red velvet chairs in a yellow kitchen, drinking espresso. We’d always be listening to electronic music as he rolled cigarettes in this little contraption that unfortunately looked a bit like a small coffin. 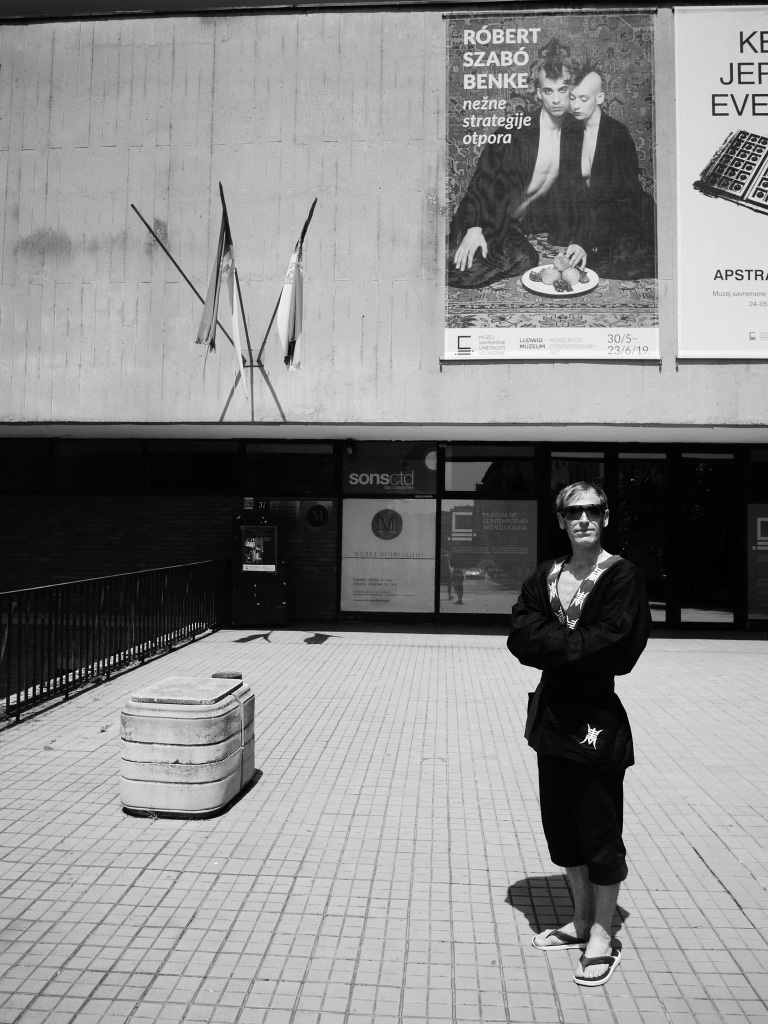 The first time I met Robbie, he heard I was an artist and so he showed me a book of himself that was a collection of photos of him and another man in Butoh body paint in various frozen sexual acts. Some were more explicit than others, but the forms were good, so I sort of nodded as I read my way through them. I liked Robbie for casually sharing this in a place like Budapest, where I had had the experience of once walking around a pretty nice part of the city in a skin tight cat body suit and having some guys in a car aggressively shout something at me from the window. I asked my friend Gabor, who is always thoughtful in his word choice, “what did those guys say to me?” He looked up and to the left as those of us do when searching memory and he replied, “I think it would translate to something like, ‘fuck you, faggot.’”

In Robbie’s apartment was a loft full of 12 mannequins and his entire living room was full of clothes on racks, salvaged from various places in the Balkans during the 80s. Big fur coats and so much polyester. Some things that were loudly drab. His plan was to sell them all to a film production company for 10s of thousands of euros and move back to his mothers place in northern Serbia. The dream did eventually come true, with the cherry on top being that he also landed a show at the Museum of Contemporary Art in Novi Sad. After selling the clothes he furnished the museum as if his apartment was there. He’d put on records and even had a bedroom. I liked it.

My apartment, next to his, had large 15ft ceilings. The living room couch, which was also the bed, had a faux leather finish. In the corner of the room was an enormous ceramic heater, about 8ft tall, square with each side being 4 feet in dimension. The appearance was of a low resolution corn-on-the-cob leaning in the corner. The BTU output was absurd for the space and I’d wake up often, especially after a long party, smacking my lips while looking at the ornate crown moldings feeling a certain depression sink in. 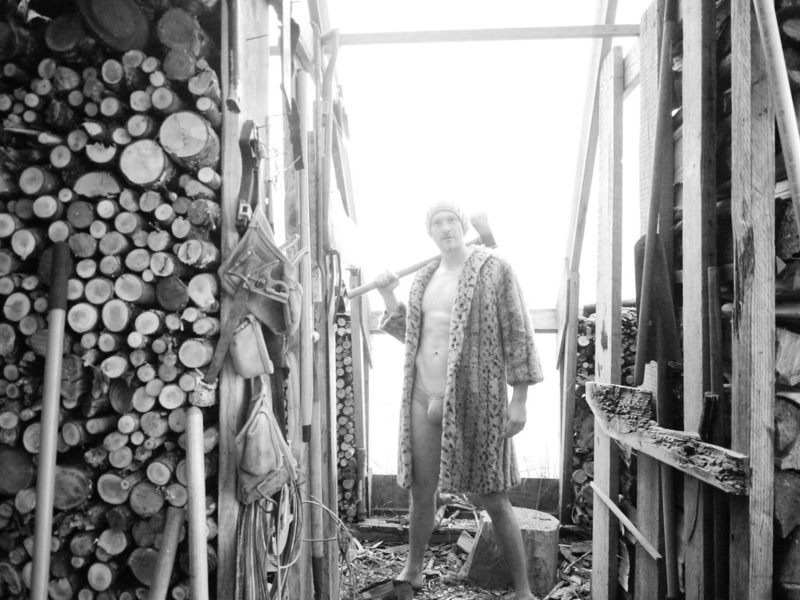 At the time, depression was coming in big waves that were a bit unmanageable. Art didn’t make sense and, as anyone that has lived abroad for a long time knows, this feeling of bouncing around without having a home welcomed a loneliness that set in hard. I was probably, I’ll admit, going out too much as well. Thoughts didn’t have a lot of anchors in other thoughts, making the world seem awfully flat. It’s strange but at times like this I always picture myself as a woodsman cutting plywood to fit around all the pieces of the world; building a skin that covers everything, nailed together with large headed roofing nails: the wrong nail to use in this situation, but something that is ornamental and nice. In some ways it’s like building a coffin for the world: a veneer that the world is forgotten in. And then I’d look at a single object. Like a framed painting or a shoe on the floor and imagine peeling this plywood off. Peeling at the edges with ratty finger nails and looking at that object for the first time. 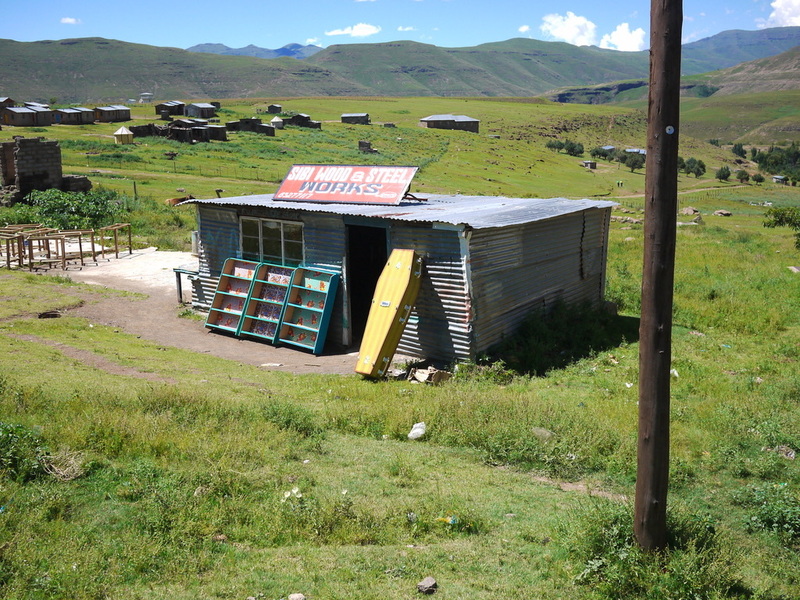 If I could make out the object’s details and place in the world — something that connected it to other things outside the obvious — the coffin was discarded and the world opened up like large spaces in empty countries.

I liked this apartment a lot even if I had to build mental coffins from plywood sometimes. I feel like I made it through mini, self-inflicted apocalypses there (which is a story for another time).

There were the names in stone in the stairwell to keep me company and Robbie right next door, rolling cigarettes in his plastic coffin to help me out of my plywood one.